Do you consider climate change as an investment risk yet? 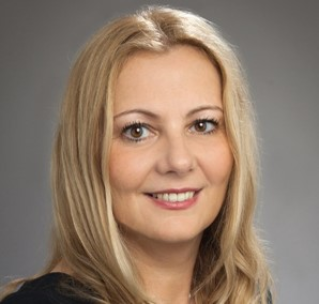 “Regional equity returns vary depending on which climate model scenario is used.”

Investors who take climate risks into account in their asset allocation are still not very common. The question is: Why should one already deal with climate risks in the portfolio – even if it is not yet legally or regulatory obligatory?

As early as 2016, Mercer, together with the Center for International Environmental Law (CIEL), prepared the report "Trillion Dollar Transformation"  on the financial and legal risks for pension funds in connection with climate change. In my opinion, we can draw the following conclusions from the report:

From science to the consciousness of politics and the financial world
The "Trillion Dollar Transformation" is only one of many reports dealing with climate change. The results of the different studies are largely the same: The sooner investors deal with climate risk and integrate it into investment considerations, the better they will be able to protect themselves from possible negative consequences.

As we all know, the issue of climate change per se is not new. For decades, many scientists have been pointing out the associated risks. Since the Paris Agreement in December 2015 , in which 195 countries agreed on a worldwide and legally binding climate protection agreement, the importance of climate change has also moved increasingly into the focus of politics and businesses. Politicians, economists and regulators are working on joint measures to be implemented quickly. In December 2016, for example, the European Commission (EC) established the High-Level Expert Group on Sustainable Finance (HLEG)  to develop a strategy for integrating sustainability into European financial policy.

In addition, on 26 September 2018, the Task Force on Climate-related Financial Disclosures (TCFD) published its first report with recommendations on the integration of climate risks in financial reporting . In mid-February 2019, UNPRI - the UN organization that has developed principles for responsible investing - announced that the TCFD recommendations for PRI-signatories  will be included.

I could mention other developments at this point that illustrate the increasing relevance of the issue. Perhaps more about this at another point. Ultimately, it is up to each investor to decide how well he or she will prepare for the consequences of climate change and whether new opportunities will be developed on the basis of the risks and whether they will be aligned for the future. As A. Huxley once said: " Facts do not cease to exist because they are ignored." Climate change is real and the European Commission's efforts to implement the Paris Agreement show how seriously the topic is taken. If you add the expectations of various stakeholders who are increasingly developing an awareness of sustainability, I think investors should at least take a look at the matter.

We'd love to hear from you.